​Rev. Tessica Hackshaw was Admitted into the United Church of Canada at Toronto Conference, May 2016. 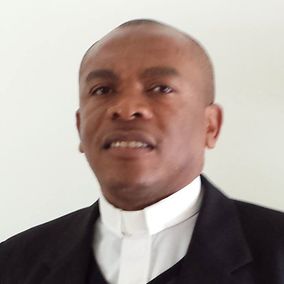 A  CALL TO BE A FAITHFUL COMMUNITY
​
Since the new decade has started, the news stations  have been flooding  us with bad news.  The two that are uppermost in my mind are Meghan and Harry and the bombing of the Ukrainian airline.

We heard that Megan and Prince Harry had informed the queen of England that they wish to step back from their royal duties. This, to me, begs the profound, vexing question. When they were forming their relationship and agreed to be a union, did they have this as part of their plan? If not, I conclude that they did not soberly and sincerely “count the cost’ that  comes with their decision.  Why this decision so early in the game when millions rejoiced and supported their decision to get married?
Then on Wednesday, January 8th , 2020, we received the news that one hundred and seventy-six (176) people died  when a Ukrainian aircraft crashed near Tehran. After days of speculation, Iran finally announced that it’s military personnel was responsible. They had launched a missile attack on the plane.

I don’t know about you, but I am very concerned to the point of feeling broken. The first step I took after I realized the bad news had affected my emotions was to turn off the Television and, in the evenings when I am relaxing, to turn it to Vision Television to see the Waltons and other family shows.
The time has come for those us who live sober lives to admit that we live in a broken world; where humanity provokes anger by nursing revenge, destroying innocent lives, openly and unapologetically involve in unholy acts to show  their hunger for power, taking unconscionable and unjust and actions that hurt others and showing no form of remorse for it, lie openly to look good and others lousy, developing mechanisms to  torture others as though they have no human feelings. These actions evidence that there is brokenness in our world, spreading from the highest offices to the ordinary peoples on the street. The principles of love, justice,  kindness, and patience are neglected if not rejected . The centrality of the Deity, who should be our reference point, when our approach brings us to the point of reverence, respect, and humility, seems to be ignored by many. Sometimes with deep reflection and out of anger and selfish thoughts, many of us declare that we do not believe in God. So, the brokenness is more evident now than at any other time in my lifetime.  Anger and revenge are showing their ugly heads in everyplace. To quote Charles Dickens:
“It was the best of times; it was the worst of times, it was the age of wisdom, it was the age of foolishness,
it was the epoch of belief, it was the epoch of incredulity, it was the season of light, it was the season of
darkness, it was the spring of hope, it was the winter of despair.”

I repeat that I have never seen such a level of anger, tragedy, hurt, hatred, deceit, and confusion among politicians with such callous and cold attitudes.

The best of times will come only when we yield the brokenness in our lives to God through Christ, who is the healer of every ill. When we give it over to God and stop acting as if we have and or know the solution to every problem, then our brokenness may become the channel through which God’s love and power flow into us and through us into the life of another. We can somewhat better understand that if we have a personal relationship and contact with a person about whom we are concerned our prayers may help them. But more mysterious is the fact that our prayers, emanating from “broken and contrite hearts,” are effective on behalf of persons with whom we may have no personal contact.

Christian history is full of stories of revival and spiritual renewal that took place in communities when someone, or a group of persons, became faithful despite their brokenness and burdens for the spiritual condition of lost, suffering, unfulfilled persons. When that burden became a brokenness of spirit translated into committed intercession, somehow the Spirit of God was turned loose, God was able to do his work because of conditions established by the free response of persons.
​
Our call is to be faithful  to God in the midst of a broken and messy world. God “makes all things news.”